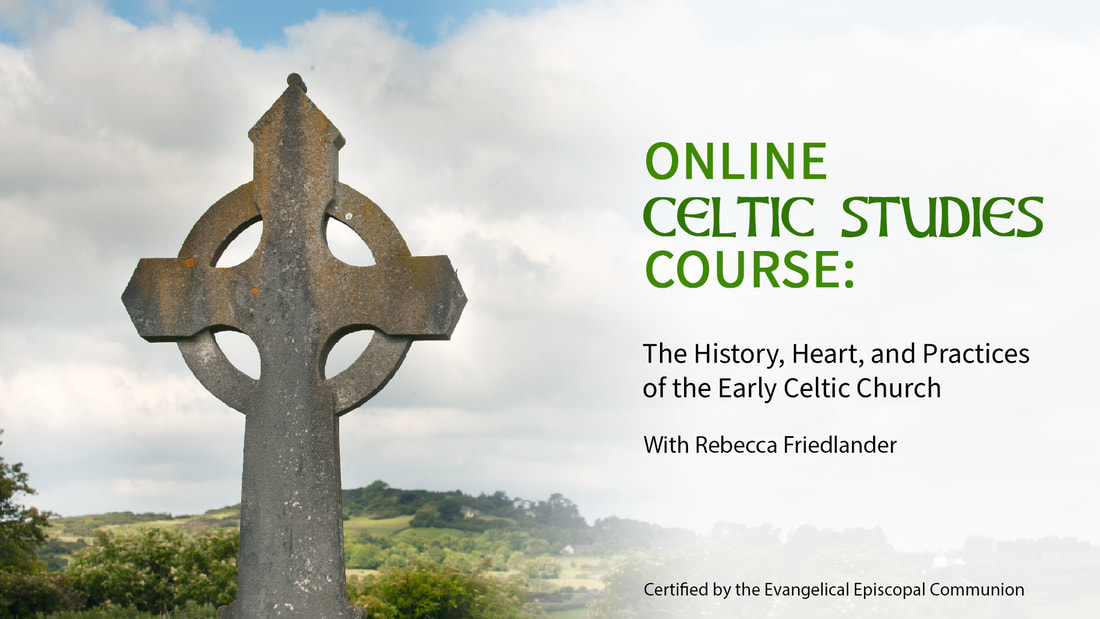 The five homework assignments will not be graded, however must meet these requirements:
- 500-750 words in length.
- Submitted before the end of the 10-week class.
- Written the format of: introduction, summary of argument, about the author, summary of contents, strength, weaknesses, conclusion.  (See example below.)
- Saved in either a .doc or PDF format.

Here's an example of a compatible book report.  Feel free to copy and paste this content into a document and update it for your particular report.
​
The Celtic Way of Evangelism: How Christianity Can Reach the West… Again
by George G. Hunter III
Book review by Rebecca Friedlander
10/24/2021
Introduction:
Using the historical movement of the Celtic Church as a template, George Hunter III pulls from the unique missions mindset used by early Christians, and applies their wisdom to modern church culture and outreach.

“A Christianity so pure and so serene as that age of the saints could hardly be equaled and never repeated.” -p. 31


Summary of argument:
Hunter paints an intriguing picture of early Irish Christianity, where believers lived out their faith in radical, compelling ways that shifted the culture of their times. Documented, historical accounts of places such as Bangor, Lindesfarne, and Iona reveal that thriving communities of believers reached their pagan neighbors with the Gospel, transformed culture, and established churches in areas that had previously been impenetrable to Christian faith.
Hunter believes that the methods used are still relevant to today’s modern church. Such ideas include: cultivating close community, prayer, outreach to the outcast members of society, using a “right-brained,” creative approach to evangelism, and connecting with the culture to speak the truth of Christ. He includes success stories of modern churches who have implemented Celtic ways and found them to be effective.


About the author:
George G. Hunter III is Distinguished Professor Emeritus of Asbury Theological Seminary’s School of World Mission and Evangelism, where he served as Dean for 18 years and Distinguished Professor for 10 years. He served as the founding dean of Asbury's E. Stanley Jones School of World Mission and Evangelism. A sought-after speaker and workshop leader, he is one of the country's foremost experts on evangelism and church growth. He has written over a dozen books, including How To Reach Secular People, Church for the Unchurched, and The Apostolic Congregation: Church Growth Re-conceived for a New Generation.


Summary of contents:
While the first several chapters are mostly historical content, the book takes a turn about half way through and starts to build a tool set for the modern missionary or evangelist. Topics include: How Celtic Christianity Communicated the Gospel, The Missionary Perspective of Celtic Christianity, and The Future of the Christian Movement in the West.
The Irish were reached, not by a linear, Roman mentality, but with the broad brushstrokes of a relevant faith lived out in blazing color through personal community and art. When unpacking the power of using the imagination to reach the culture, Hunter notes:


“The Irish and other Celtic peoples were predominantly right-brained, and in reaching them, Celtic Christianity adapted remarkably from its earlier Roman reliance upon words, propositions, concepts, and theological abstractions… Celtic Christianity was rooted even more in imagination than intellect and spoke in images more than concepts.” - p. 67


Strength:
Hunter does his homework. Regardless of whether the reader has previously studied Celtic history or is a newcomer to the topic, Hunter provides an adequate background to aquatint them with this period and built his points. He then seamlessly weaves these historical threads into a model that can inspire modern church culture to effectively communicate the gospel and reach the lost for Christ.


Weakness:
In his application for modern churches, there is little or no mention of the supernatural signs, wonders, and spiritual warfare that were a large part of effectively spreading the Gospel through Western Europe. In fact, historical accounts tell us that angelic visitations and miracles happened quite frequently to the Celtic saints, and this greatly impacted the effect of their message.
Some of the churches Hunter chose to use as modern examples of carrying out his proposed model might be seen as “dubious” to conservative believers: a painting at St. Martian’s church of a completely naked Christ on the cross in the name of “imagination,” the welcoming of (semi-supervised) pedophiles to the congregation, or cultivating an “Irish pub” atmosphere during a Sunday service. Its doubtful that the Irish saints would have gone quite this far.


Conclusion:
This book is a sound introduction of the launch, growth, and expansion of the Celtic Church, and inspires the modern church to learn from their effective strategies of community and outreach. A great read for pastors, church staff, missions groups, and anyone interested in evangelism or applications from church history.